Egypt: Where the Sun Really Lives 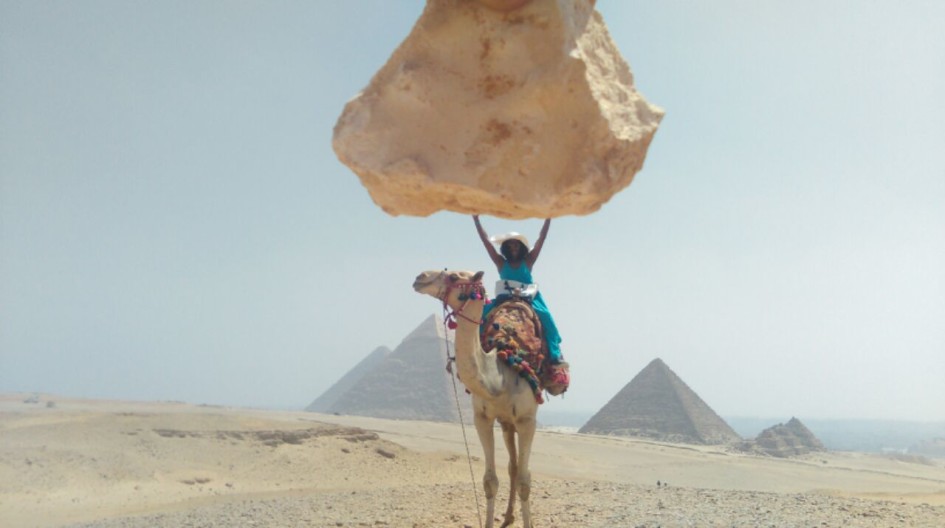 We arrived in Egypt at night and the temperature had cooled down to 86 degrees.  I thought to myself, how much hotter can it get?  Well, it certainly got much hotter.  I was told it was going to be mild for a few days, at 106 degrees, but a heatwave was on its way and it was going to get up to 115.  That’s when I finally realized, this is where the sun really lives, we just get the rays in Georgia.  By day four I must have got sun madness, as I distinctly remember, being in the valley of the kings, and turning around to look up at the sun, then laughing hysterically, as I could not believe it could be 118.  By day five I was a professional, heat……what heat?  I had bought some Egyptian clothes that made it seem considerably cooler, or maybe I had just got used to it being one degree away from hell, who knows.

I was surprised that although the sun was brutally hot, there was not a solar panel to be seen.  Solar power would seem to make sense, considering how hot it gets.  Strangely enough, most of Egypt is powered by hydro power. This seems rather odd considering rainy season only lasts about 4 months out of the year.

I was told drinking hibiscus tea would put hairs on my chest and turn me into superwoman.  I was not looking forward to the hairy chest, but I could definitely handle being superwoman.  Hence, the reason why I can lift a huge rock over my head in the picture.  Ok, maybe it’s more camera trickery than the hibiscus, but possibly a combination of both.

I woke up at 2am to go on a balloon ride to watch the sunrise.  The weirdest thing about the sunrise was, one moment there was no sun, then next moment it was in the sky.  Proving my theory the sun does live there.  I think I would have preferred to stay in bed, but watching them heat up the balloons was an exciting experience.

The Egyptians were nice and friendly and were more interested in selling goods, than where you were from.  Actually, regardless where you were from you instantly became their “cousin” and they were going to give you a fantastic “deal” on whatever you decided to purchase.  At first, I felt special when I became a cousin and got a good deal, until I heard them say the exact same thing to the Japanese tourist next me.  So, much for special.

The Pyramids weren’t a huge as I thought they would be, and the Sphynx turned out to be larger than I thought.  Well, that’s television for you.  I had a fantastic time learning about Egyptian history and how advanced they were.  A lot of the things we have today, for example, the calendar, originated in Egypt.  The strangest thing was being told none of the temples could be replicated, as no one knew how to replicate the “cement” that was used to build the them.  It was interesting because the temples that were thousands of years old, appeared to be in better condition than some of the homes built a few years ago.  I would highly recommend a trip to Egypt, it is an absolutely amazing place.

Suzanne Buli is an Accountant at Burton Energy Group. She graduated from South Bank University, London with a degree in Accounting and Finance. She has over 21 years of accounting experience and is a Fellow of the Association of Chartered Certified Accountants (FCCA). Outside of work, she enjoys ATV’s, traveling, spin class and hanging out with friends.