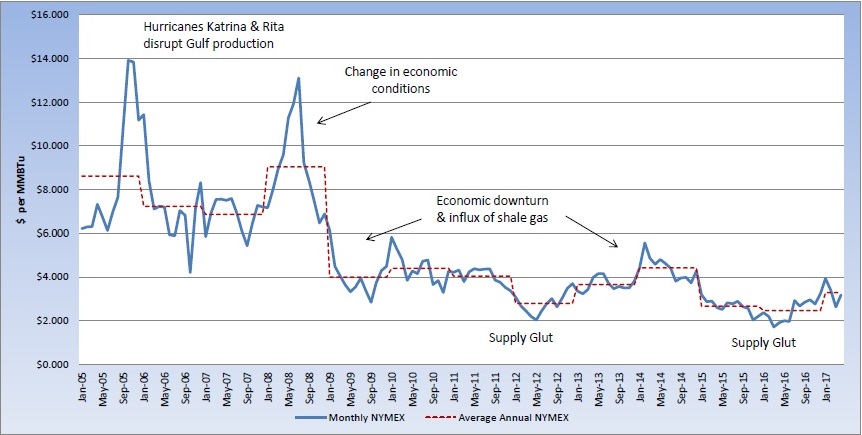 The natural gas market appears to have shifted somewhat from a bearish sentiment due to warmer temperatures in February, to a more bullish sentiment as the supply/demand balance becomes more of a focus for the near-term. The April contract rolled off the board at $3.175 per MMBtu, nearly 21% above the March contract, but well below the January settle of $3.930 per MMBtu. This now puts the CY2017 settlement average at $3.281 per MMBtu and while it is approximately 61% above the 2016 average for these same months, which hit 17-year lows, it is slightly below the average over the past five years. The May contract moved into the prompt position and settled at $3.191 per MMBtu, but last week, the market saw an injection of 2 Bcf, which was about 5 Bcf below market expectations and pushed the May contract as high as $3.337 per MMBtu. Natural gas storage continues to trend below last year’s record-setting levels, but is comfortably above the five-year average. This trend should likely continue, given the rise in associated gas production, but a divergence from normal temperatures could quickly impact that surplus and near-term pricing.