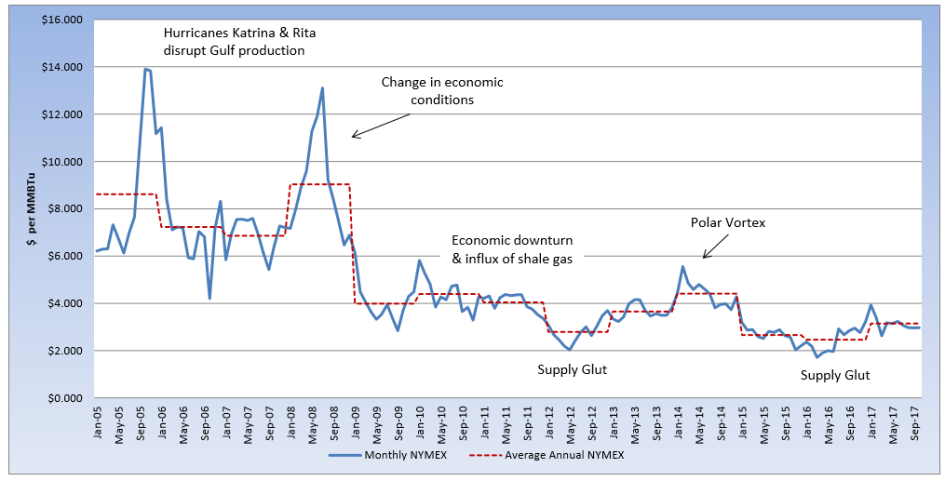 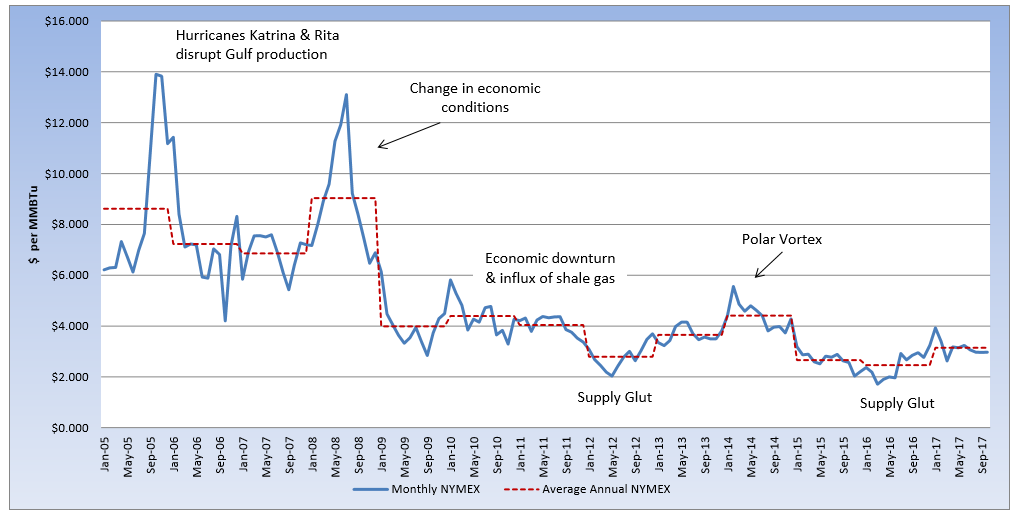 It has been a very active hurricane season in the Atlantic, with Hurricane Irma having the greatest impact on natural gas prices, thus far. As Hurricane Irma made landfall in The Keys and moved up the coast of Florida and into the Southeast, natural gas prices responded bullishly, reaching $3.166 per MMBtu in mid-September. The bullish momentum quickly came to a halt, due to a very high injection number of 97 Bcf for the week ending September 15th. After two weeks of surprisingly high storage injections, the market retreated below the $3 mark and the October contract settled at $2.974 per MMBtu. The November contract is currently trading in the prompt position and has been averaging below $3.00 per MMBtu this week. The winter strip is currently trading near $3.15 per MMBtu, which is about 2% from the low that strip has traded this year. Although supply has dwindled, compared to last year and the five-year average, bullish pressure continues to be muted, with warmer weather still expected through mid-October across much of the U.S.