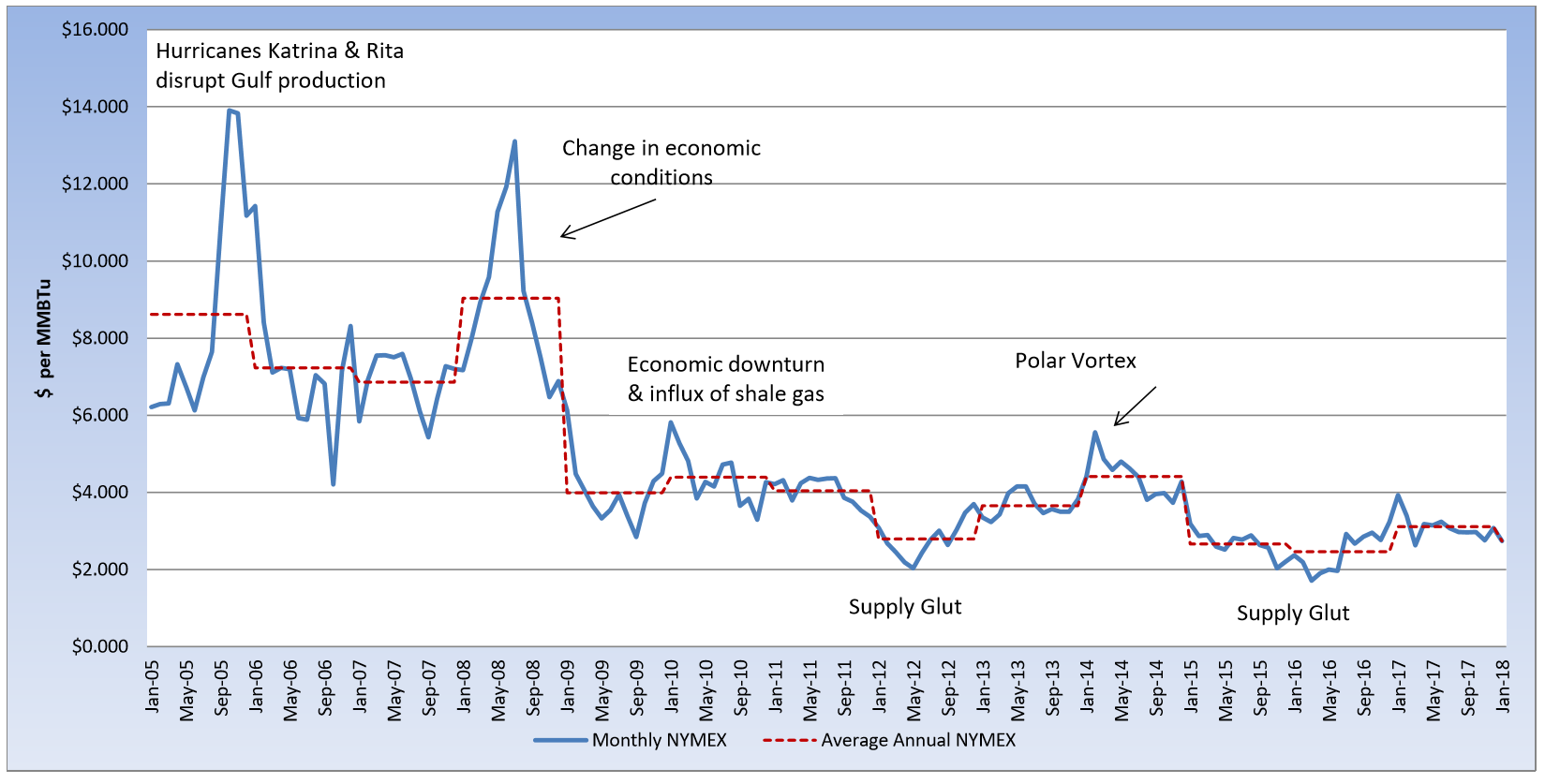 Happy New Year and hello Winter! Old Man Winter has decided not to hibernate this year and made his presence very well known to start 2018. December experienced large swings in temperatures, but after a week of warm temperatures and a storage injection, the January natural gas contract dropped as low as $2.568 per MMBtu, the week before Christmas. As the forecast became more clear of the intense cold that was arriving to start the new year, the January contract rebounded and settled at $2.738 per MMBtu. This is a significant decline from the January 2017 settlement of $3.930 per MMBtu. The surge in production to close out 2017 kept natural gas prices below the $3.00 per MMBtu level and the U.S. Energy Information Administration (EIA) is forecasting that production will surge to 80.4 billion cubic feet per day in 2018, which would be the largest year-over-year increase on record. As the February contract has moved into the prompt position, it is experiencing bullish pressure. The extreme winter temperatures that blanketed much of the U.S. to start off January, led to an extremely large storage withdrawal of 359 billion cubic feet. As the Central and Eastern portions of the U.S. brace for another cold front over the next few days, the February contract has now pushed above the $3.00 per MMBtu level.