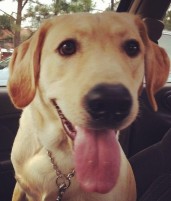 Gov. John Hickenlooper of Colorado introduced legislation that will place strong limits on the amounts of greenhouse gases released through oil and gas production. The measure seems to specifically target hydraulic fracturing, a process where rocks are broken up by a pressurized liquid to release shale gas.

The proliferation of fracking in the United States has largely contributed to the natural gas production boom seen in the past few years. According to the EIA, the number of producing wells in Colorado rose nearly 50% from 2006 to 2011. The measures proposed by Gov. Hickenlooper will require exploration companies to regularly search for and repair gas leaks created through drilling and production. Developers will also be required to purchase higher efficiency equipment. Are the benefits of limiting greenhouse gas leaks worth the cost of regulation for fracking? Do you think these kinds of regulations will have a  noticeable impact on the United States’ production of natural gas?

Amanda is the Sustainability Program Coordinator at Burton Energy Group. Having a passion for sustainability and the environment, Amanda has always wanted to help businesses develop more efficient strategies to lessen the environmental impacts of company operations. She finds any excuse to be outside from hiking, running, wakeboarding, standup paddle boarding, and camping, to riding and showing Arabian horses.

Energy in Our Community, News