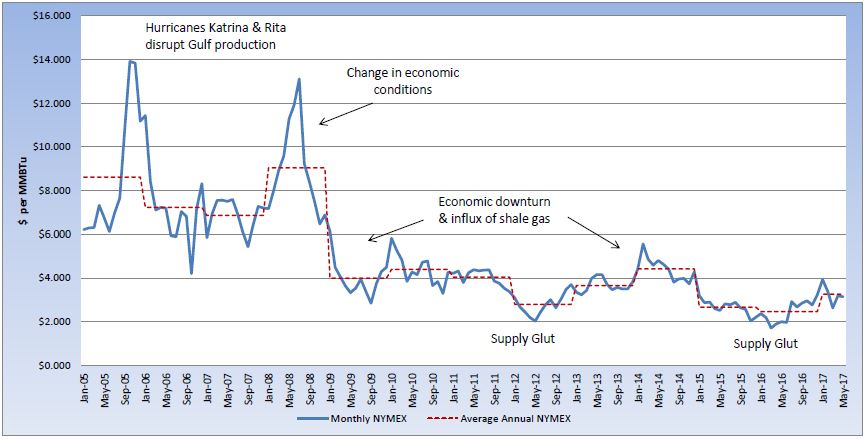 We are officially in the shoulder season and the natural gas market is falling back into old habits. It is not uncommon for the natural gas market to increase in the second quarter. In fact, over the past twenty-six years, the second quarter high has occurred in either April or May 58% of the time. The May contract expired at $3.142 per MMBtu, down 1% from the April settle. This now puts the CY2017 average strip at $3.253 per MMBtu. Neither the bulls or bears have been able to gain momentum and the prompt month has continued to settle within a 32-cent range during the past six weeks. Overall, this market continues to sit in neutral territory, as neither the bears or bulls can push pricing outside of key technical resistance/support levels. To force a further retreat of prices, technical analysts want to see pricing break below the $3.15 per MMBtu level. On the bullish side, however, the average increase from the first quarter low could push pricing to the $3.88 per MMBtu level. Until this market has enough data to show a trend or a great enough driver to break through key levels, we could remain in neutral territory through the shoulder months.