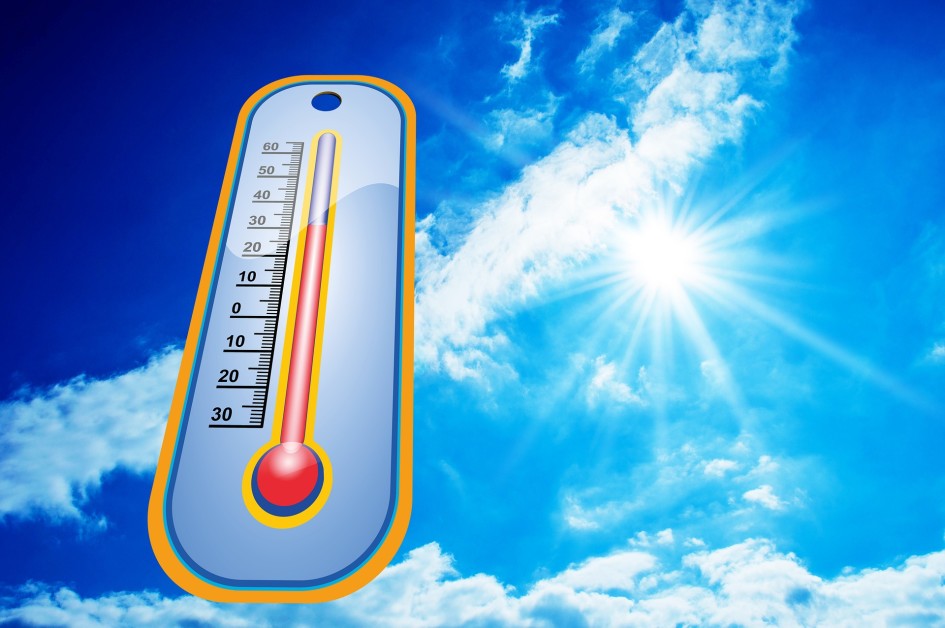 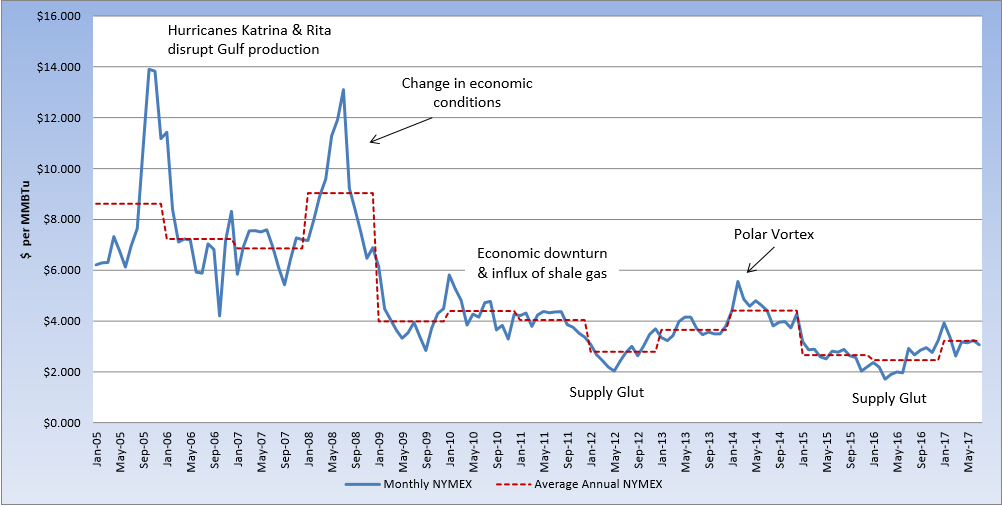 Air conditioning units up and down the East and West Coasts were put to the test with the arrival of summer. The West experienced multiple days of temperatures near 120 degrees, while the East also faced above-average, sweltering heat. With the anticipation of this extreme heat and then following up with a long, holiday weekend, the natural gas market managed to remain above the $3.00 per MMBtu mark into the end of June. The July contract rolled off the board at $3.067 per MMBtu, 5.2% lower than the June contract settle. The CY2017 average natural gas settlement is $3.224 per MMBtu, nearly 50% above pricing for the same term during CY2016, which averaged at 17-year lows. Since the August contract moved into the prompt position, it has declined to below the $3.00 per MMBtu level, reaching a four-month low of $2.832 per MMBtu after the 4th of July holiday. The decline in near-term pricing now has the twelve-month strip below $3.00 per MMBtu and is flattening out with CY2018, which recently averaged $2.916 per MMBtu. The market continues to show long-term value with CY2019 trading near $2.799 per MMBtu.