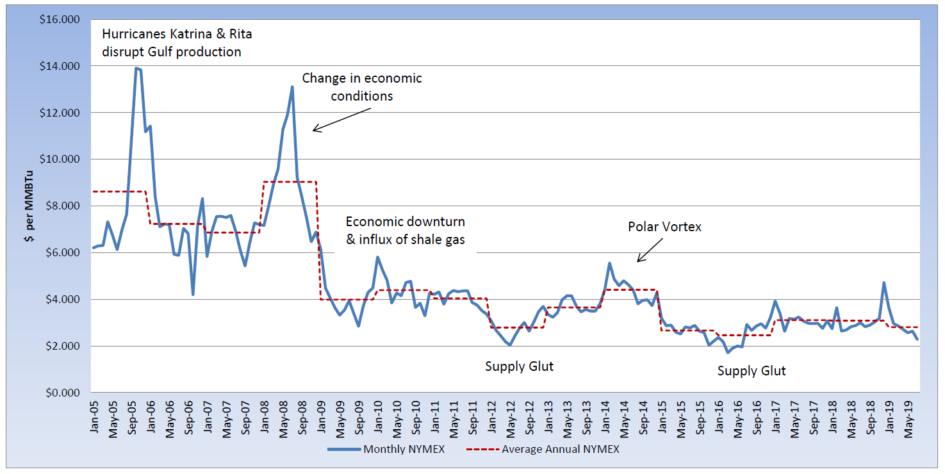 The natural gas market has been relatively complacent in recent weeks, while traders kept a close eye on the weather forecast. Tropical Storm Barry has returned some bullish sentiment back into this market, along with a forecast of above normal temperatures for August. Oil and natural gas production is experiencing declines, with the arrival of Tropical Storm Barry. While this recent movement in prices could be short-lived, the heat anticipated in August could continue to weigh on the market.  The July contract settled at $2.291 per MMBtu, driving down the 2019 average settles to $2.807 per MMBtu. At the close of this week, the August contract settled at $2.453 per MMBtu, 7% above the July settle, but nearly 7% below the June NYMEX settlement. This week, the Energy Information Administration (EIA) reported an injection of 81 Bcf for the week ending July 5th. This puts natural gas storage levels 12.5% above last year’s level and 5.4% below the five-year average, for this same reporting week.Thus far, weekly storage injections in 2019 have averaged 98 Bcf per week, exceeding the five-year average by 41%. If the remainder of the injection season averages at the five-year average, 2019 could be the fifth largest refill season since 1994.