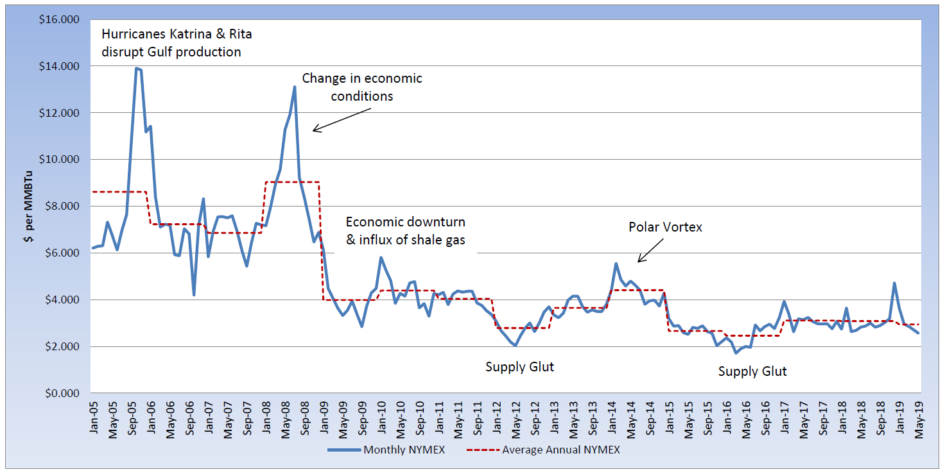 The bulls of the natural gas market have been pushed to the sidelines, while the bears have kept pricing below $3.00 per MMBtu. The May contract settled at $2.566 per MMBtu, more than 5% below the April contract and the 12-month strip is currently trading near $2.751 per MMBtu. The 12-month strip has been trading below $3.00 per MMBtu since March 19th and in comparison, the 2018 calendar-year strip averaged $3.086 per MMBtu. In addition to competitive annual strips, the upcoming winter strip is trading near $2.909 per MMBtu, which compares to the previous winter strip of $3.469 per MMBtu. The strong production levels and healthy storage injections are continuing to place bearish pressure on natural gas. Last week, the U.S. Energy Information Administration (EIA) reported a triple-digit storage injection and this week, an injection of 85 Bcf was reported. While storage still remains 16% below the five-year average, for this time of year, we are now 9% higher than last year, with 1.547 Tcf in storage. The June contract is currently trading in the prompt position, just below $2.65 per MMBtu. The arrival of summer heat will soon have an impact on summer natural gas rates, as well as power generation, to meet cooling demand.