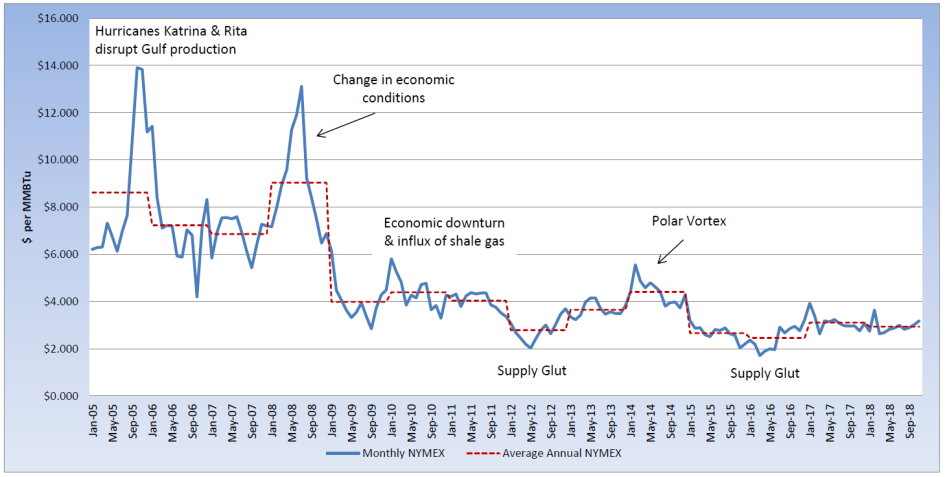 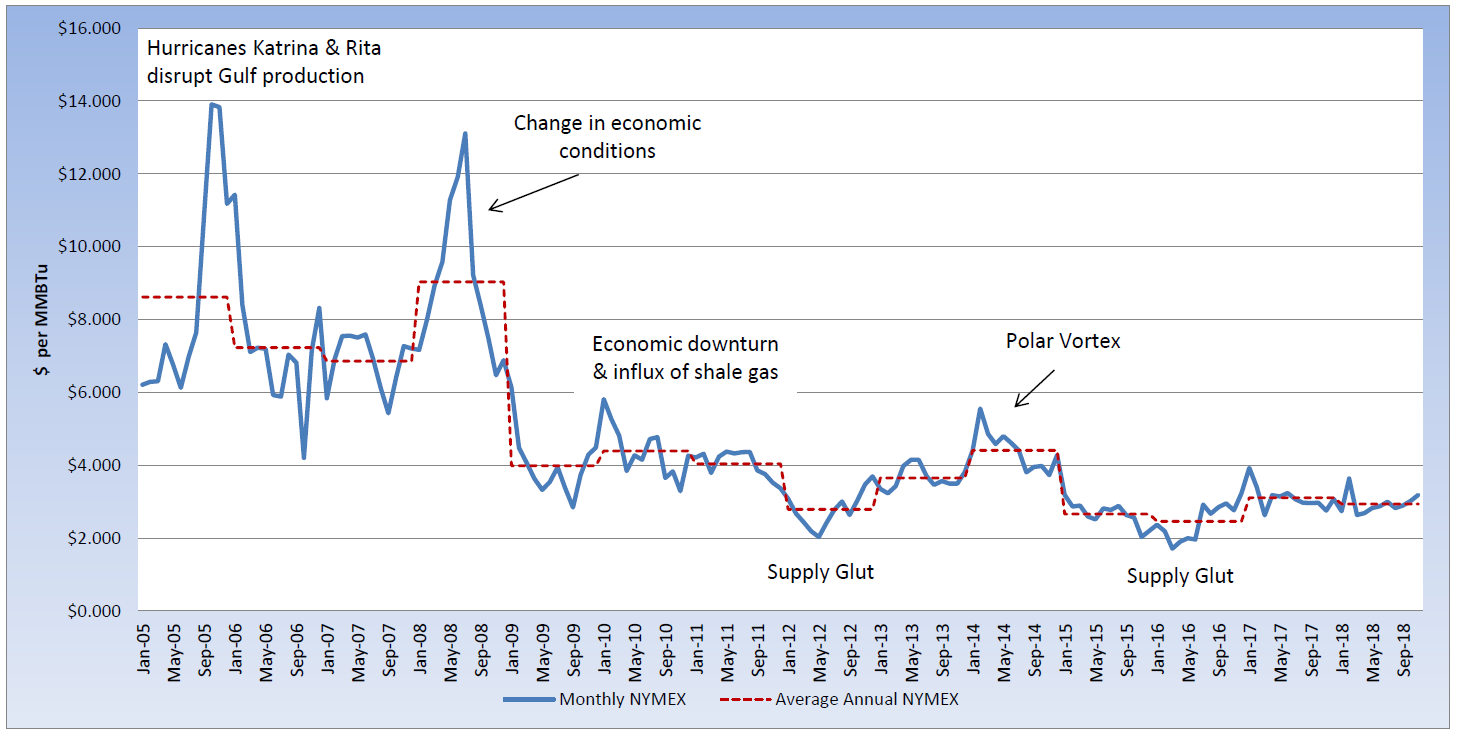 The bullish sentiment has continued to increase in the natural gas market and November’s settlement of $3.185 per MMBtu seems like a minor speed bump in the push to higher pricing. The early arrival of some winter-like temperatures spurred the market higher in October. After NOAA released its winter weather forecast calling for a mild winter, with warmer and drier conditions in the North, the market entered into a period of more sideways trading. Last week; however, NOAA released a weather update to include below normal temperatures and wetter conditions for the Central U.S. during November, while the longer term forecast (December through February) remains the same. The early season increase to heating demand is now overshadowing the strong production levels we have been experiencing throughout 2018. On Monday, the December contract increased nearly 9%, reaching its highest close since January, and then surpassed that high at the end of the week, settling at $3.719 per MMBtu, after reaching $3.824 per MMBtu earlier in the day. The calendar year; however, has continued to average below $3.00, at $2.938 per MMBtu, nearly 6% below were natural gas was averaging during 2017.