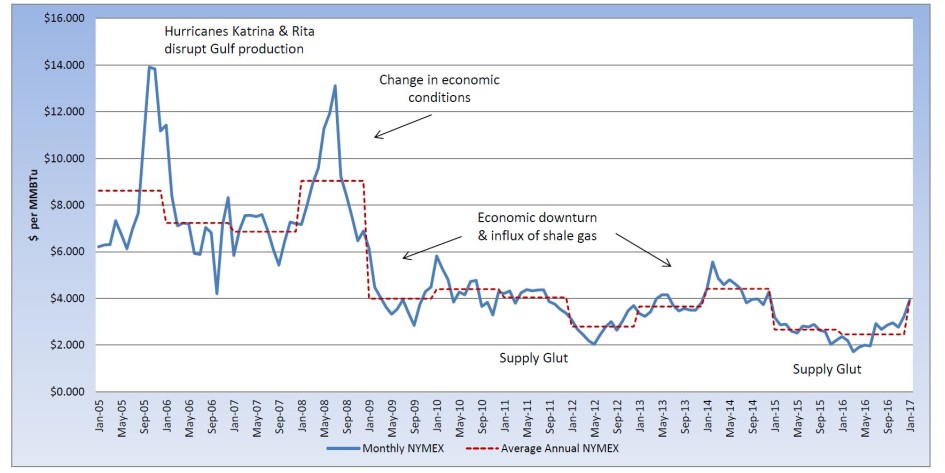 Times Square wasn’t the only place setting off fireworks to ring in the new year. The natural gas market kicked off 2017 with quite a bang! After news of an arctic blast and a storage withdrawal of 237 Bcf, the bulls seized control of the market and drove the January contract up 16.9 cents to settle at $3.930 per MMBtu. The market has been experiencing large swings during the past two months and reached a two-year high to close out 2016. Weather predictions for extremely cold temperatures to stretch across the U.S. in January pushed the market higher, as traders expected an increase in demand for natural gas for heating and power generation purposes that would quickly eat away at the surplus of natural gas in storage. The arctic blast, however, is now expected to push out by mid-January with temperatures returning to more normal levels. With the milder weather forecast, prices are down 17% in the past week and are now on the verge of marking a one-month low. The February contract most recently settled down six cents, at $3.267 per MMBtu.