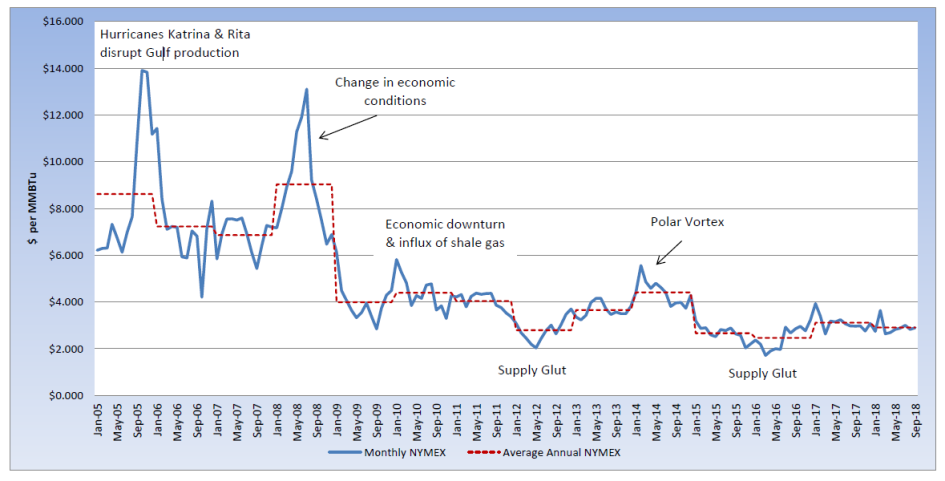 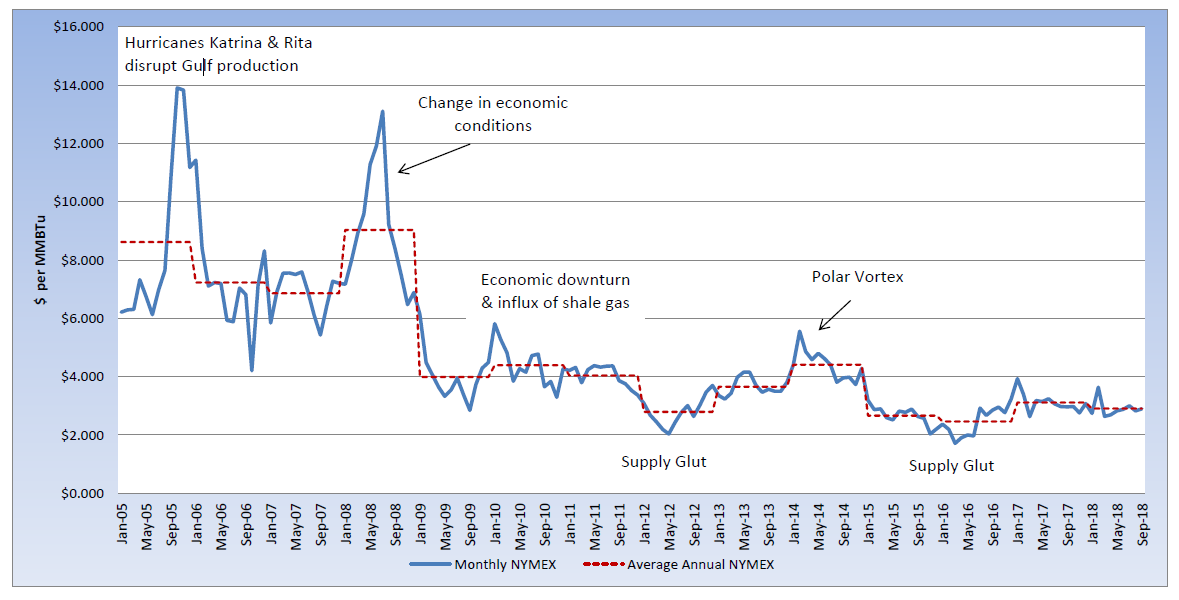 After weeks of natural gas storage reports coming in below expectations, EIA finally reported a weekly storage injection that was higher than expected. Heading into the Labor Day weekend, an add of 70 Bcf to inventory was reported, which was higher than the five-year average of 59 Bcf and much higher than last year’s build of 32 Bcf of the same week. This week’s storage report of a build of 63 Bcf was still slightly above expectations, maintaining some bearish pressure on pricing. The September contract settled at $2.895 per MMBtu, maintaining the CY2018 average at $2.90 per MMBtu. The October contract moved into the prompt position and with a potential break from heat and a couple of strong storage reports, is now trading below $2.80 per MMBtu. The recent pullback also has the upcoming winter strip back trading below $3.00 per MMBtu. A recent report from EIA shows that natural gas production has been averaging about 10% higher than last year, in recent months, which continues to place bearish pressure on pricing. Much of this increase is due to improved drilling and completion techniques, along with more associated gas, due to higher rig counts, specifically in the Appalachian Basin, Permian Basin, and the Haynesville Shale.