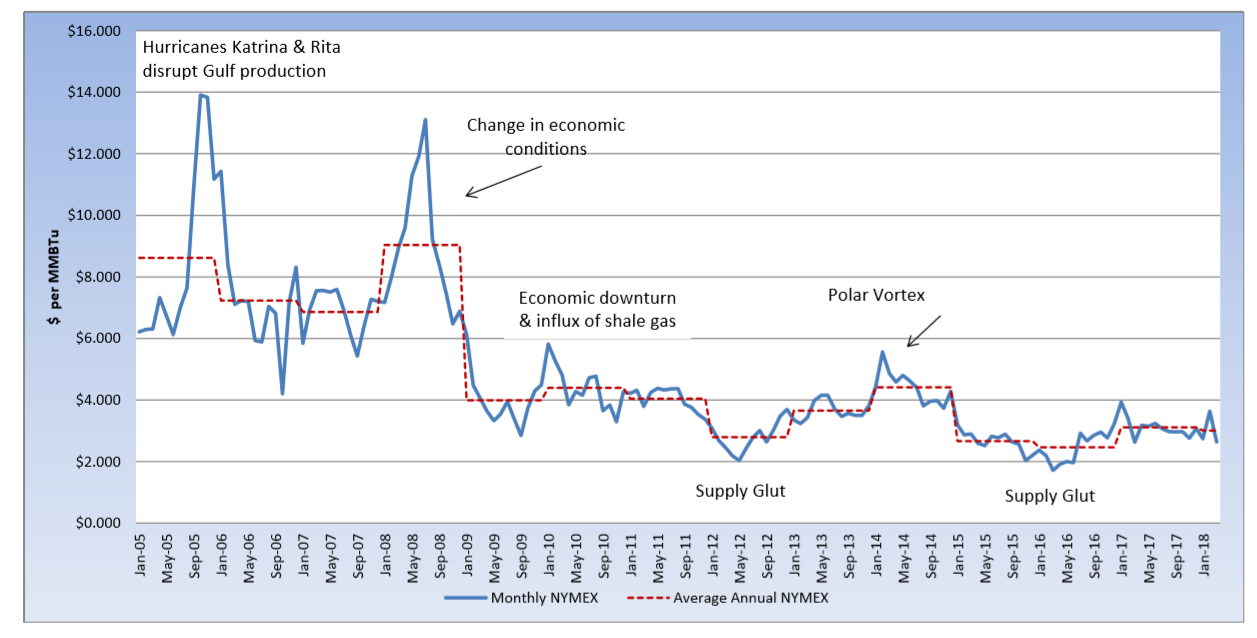 The April contract moved into the prompt position at $2.686 per MMBtu and rolled off the board at $2.691 per MMBtu. Neither the bulls nor bears have been able to take the reins and drive this market, with 2018 looking to be a record breaking year for natural gas production. The CY2018 settlements are averaging $2.925 per MMBtu, which is nearly 11% below the average from January to April 2017. Currently, the CY2019 strip is averaging $2.79 per MMBtu. A late March blast of cold temperatures and cool start to April has led to greater storage withdrawals. The market is at least another week from injection season starting. As of March 30th, natural gas storage is sitting at 1.354 Bcf, which is 34% below this time last year and 20.4% below the five-year average. This injection season is likely to start at its second lowest level since 2010. As this market transitions away from winter demand drivers, evaluates storage and production levels and begins to look at summer natural gas drivers, analysts are expecting to see another pop in natural gas prices. Barclays predicts that Henry Hub prices will average $3.12 per MMBtu during injection season, in order to spur large natural gas injections and replenish storage for next winter. This year, pricing has been muted with the increase in production off-setting the increased demand, but this summer could see greater price swings as traders focus on storage injections.