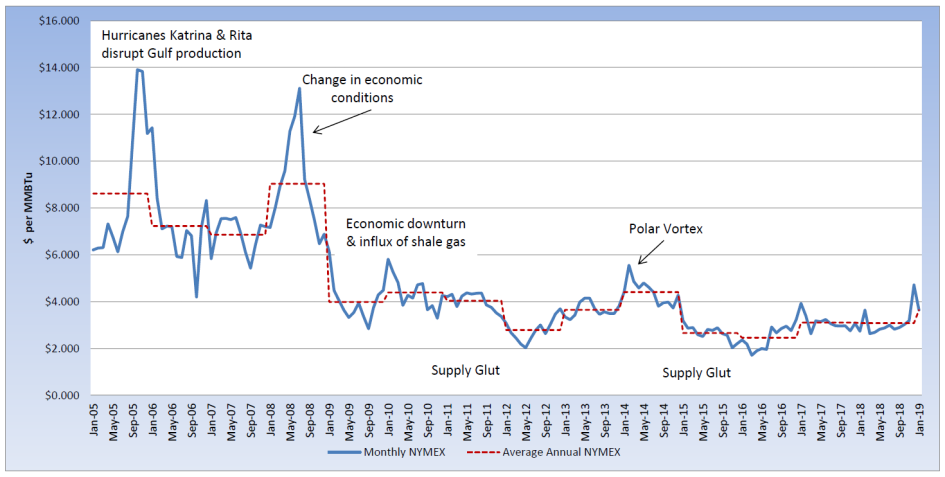 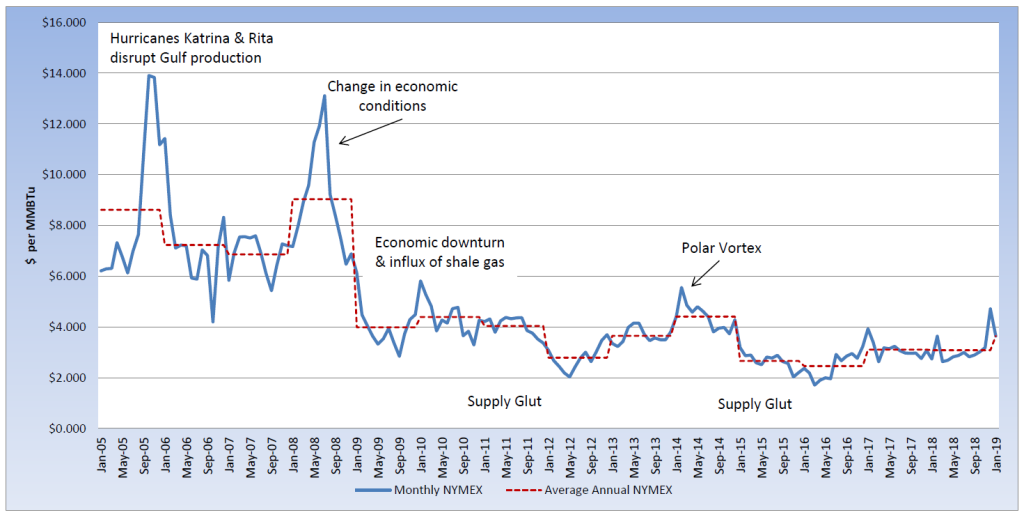 To kick off the new year, the natural gas market fully reversed the price rally in November, with above normal temperatures sending near term pricing drastically lower. After ending 2018 with a December settlement of $4.715 per MMBtu, the January 2019 contract rolled off the board at $3.642 per MMBtu, a decline of more than 22%. In the past three weeks, the EIA (U.S. Energy Information Administration) has reported only double-digit withdrawals in the natural gas storage report. The week ending December 21st, a withdrawal of 48 Bcf was reported, and the following report included a withdrawal of only 20 Bcf. This week the EIA reported a withdrawal of 91 Bcf. The most recent report was well above market expectations; however, the average withdrawal for these same weeks last year was 226 Bcf. The decline in heating demand in recent weeks has placed bearish pressure on pricing, after the early cold spell in November helped fuel the market higher. Natural gas storage levels are currently 7.2% below last year’s level for this same reporting week and remain 15.1% below the five-year average. The February contract moved into the prompt position and recently dropped below $3.00 MMBtu, but is currently trading near $3.07 per MMBtu.

Energy at Work, Energy in Our Community, Supply & Risk Management