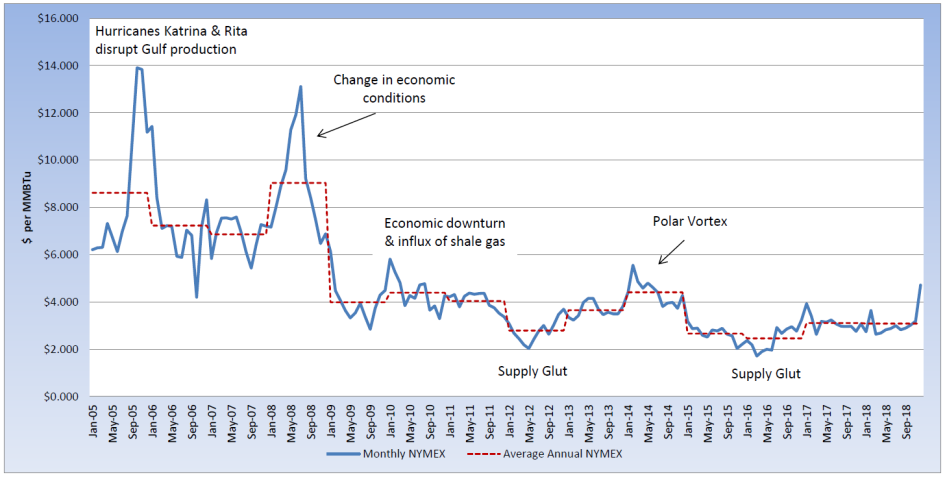 The natural gas market has ended 2018 with a bang! After eleven months of settling near or below the $3 average, the December contract settled at $4.715 per MMBtu, the highest settlement since March 2014. Calendar year 2018 averaged $3.086 per MMBtu, less than 1% below the calendar-year average for 2017. Since 2014, the natural gas market has been in a low steady trading range as production has increased and storage continued to fill and remain above average levels. Throughout 2018, the dynamics of the market started to change, as supply and demand began to align. The low cost of natural gas and additional retirements of coal-fired and nuclear generation led to a record high gas consumption for natural gas-fired power generation in the summer. Stable market conditions have been reliant on storage levels being at 4 Tcf at the end of injection season, but this year, we ended injection season at 3.247 Tcf. The early arrival of below-average temperatures this fall brought this shortfall into focus for traders. Even with this recent rally, EIA still expects that continued growth in natural gas production next year will place bearish pressure on pricing and will average $2.98 per MMBtu in 2019.