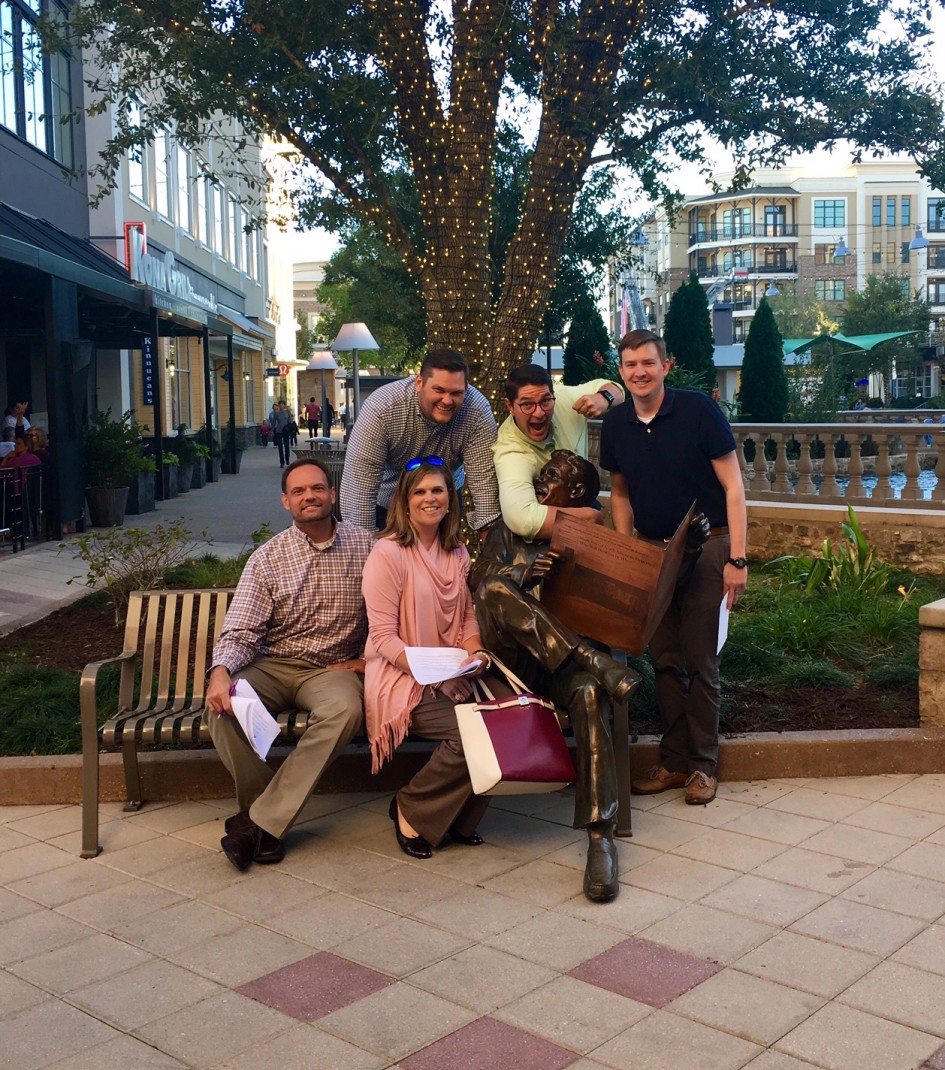 At Burton, we hold quarterly meetings that always end with a fun social event. In the past, we’ve bowled, cheered on local sports teams, played at arcades, participated in escape rooms, and spent the afternoon at Top Golf. Rest assured that no matter what we do, we always have a blast together. After our most recent quarterly meeting, we split into teams and embarked on a custom-tailored scavenger hunt, designed by our very own in-house game master, Jason Thompson.

Teams of 4 -5 gallivanted all around Alpharetta; through local shopping centers, restaurants, and parks, trying to solve the clues to complete the scavenger hunt before the clock ran out. There were reports of motion sickness from Leaf owners that were driving like Nascar racers. There were tales of good spirited sabotage; one team’s maps and clues may have been misplaced temporarily. Amazingly, none of the teams crossed paths during the scavenger hunt, all the while competing with the exact same maps and clues. Each team had a different method of madness to complete the scavenger hunt, or at least get the most points, before time expired.

The finale included a nail-biting recount, two teams tied with 47 points of the possible 76. After the points were counted and the winners announced, everyone came together at a nearby BBQ restaurant for dinner and cocktails. We are happy to report there were no fender benders or traffic tickets received, due to the competitive spirit that runs rampant throughout Burton. There were awesome memories made, lots of photos to commemorate Burton’s First Scavenger Hunt, and even videos, where rules dictated evidence of a corn hole score. I believe this day raised the Burton bar for fun, which I personally feel was already set high.

Jenn Cole is an Energy Analyst on our Operations team, working in tandem with our Supply Team and Demand projects, she joined Burton Energy Group in 2015. After many years working in Educational Technology, she has parlayed her eclectic skill sets as well as experience and found her niche in the energy industry. While Jenn is a die-hard Alabama fan, she most enjoys cheering on her daughter, nieces, and nephews at their respective sporting events with her dog whenever possible. Jenn is an avid outdoor adventurer and thrill seeker: sky-diving, zip-lining, hiking, running, obstacle racing, aerial obstacle courses, paddleboarding, kayaking, canoeing, spelunking, and her newest passion of mountain biking.